Well, that was shocking.

Even though most who looked at the Ole Miss game Thursday saw a great opportunity for Oklahoma to get their first tournament win in three seasons, the manner in which they got that win was simply astonishing. The Sooners were dominant in all facets of the game, racking up a season high 95 points. It went beyond just hitting shots; the offense was dynamic in ways we haven’t seen this season and multiple players had season defining games, with four players scoring over 18 points. It was like watching a different team.

The prize for this monumental accomplishment? The #1 seed Virginia Cavaliers. Gulp.

State of the Sooners

It’s hard not to get excited about this Oklahoma basketball team after last Friday. Pretty much, we got everything we could ever dream of: a consistent Brady Manek, a confident Christian James, a properly utilized Rashard Odomes and our undersized king Kristian Doolittle doing work. It was a perfect game.

The problem now is figuring out how do you replicate perfection when your previous high level is “moderately good”?

Oklahoma will have to figure that out in order to have a chance against the ‘Hoos today. 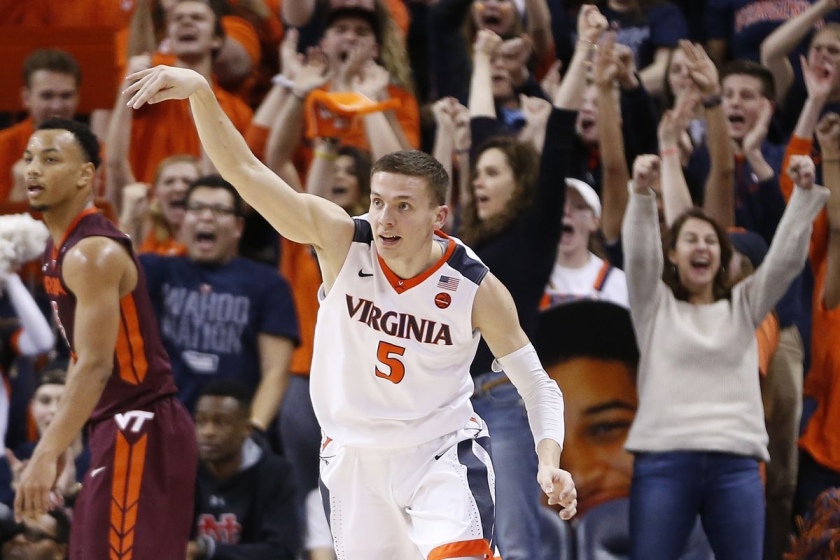 Underneath the cover of undeniable shame of losing to a 16 seed last season, the Virginia Cavaliers have operated as a bit of an underrated team despite only having three losses. Lead by head coach Tony Bennett, the ‘Hoos possess an unrelenting defense with more than enough shooting to bury the Sooners.

The trio of Kyle Guy, Ty Jerome and De’Andre Hunter not only are incredibly effective scorers, they are suffocating defenders. The Sooners will have to shut out UVA from easy shots and prevent second chance scoring to come out on top.

One of my friends went to UVA and graduated from there recently. Here is Tayler Kehs’ in depth look at his prediction for the game.

For as favorable as the matchup was against Ole Miss, the matchup against UVA is quite the opposite. 16-seed jokes be damned, this team will be a real problem for Oklahoma. Their defense grinds their opponents into a fine powder and their offense picks apart defenses with the precision of a world class surgeon.

When looking for comparisons between UVA and opponents the Sooners have faced this season, the list of names are frightening: Kansas State (both embarrassing blowouts), Texas Tech (home blowout), Wisconsin (Bahamian blowout). The Oklahoma offense probably isn’t good enough to overcome the Virginia defense and star power.

The only reason I put “probably” in there is because I saw what happened Friday and realized that reality makes no sense with this basketball team. The Friday Sooners could definitely beat Virginia; the problem is they might be an illusion.

It was like the Trevor Knight game against Alabama, but every player was Trevor Knight and Alabama was just a middle of the road SEC team (so just Ole Miss I guess). If Knight had another game to play after, he’d doubtlessly be not as good.

This is somewhat the same case here. However there are a few keys to Oklahoma coming out on top.

This is going to get ugly. Look, I know OU looked unbeatable against Ole Miss, but combine UVA’s superior talent with the fact that they are an atrocious matchup with the Sooners and this one just isn’t going to go Oklahoma’s way. The Cavaliers will likely win big, but that shouldn’t take away from what ended up as a pretty solid season when so many of us (myself included), predicted a down year. So relax, watch some Devion Harmon highlights (he’s gonna be GOOD y’all) and watch our last Big Two sporting event until August. Virginia, -11

One thought on “March Madness: #1 Virginia”