Here we are: Championship November. While the name doesn’t have the same luster that it did before the reintroduction of the Big 12 Championship game, this is annually a crucial stretch for the Sooners. Not only have the games been big, but OU actually wins them at a crazy high rate, posting an undefeated record in the month since Lincoln Riley’s arrival in Norman.

The first test is a sneakily tall one; a national TV night game in Lubbock is no walk in the park. Jones AT&T Stadium is an absolute madhouse. The city of Lubbock is basically Australia; a desolate wasteland where the assholes, degenerates and underachievers of the state are jettisoned off to get a mediocre degree that is slightly better than that of Texas State. These people are classless at levels that you can only find here and deep in the Appalachian Mountains.

This isn’t sleepy Ames or a half full private school stadium at 11 AM; this is a fight.

Texas Tech goes into this game on a bit of a low note after a tough road loss at scrappy Iowa State. However, to say they have dead momentum would be dead wrong; Raider fans have been waiting for a night game since September 2017.

On offense, Texas Tech is what you think they are. Air raid, anemic rushing game, tons of passing yards, yada yada. They aren’t at the level they were in the Patrick Mahomes era, but they still have the ability to light up a scoreboard.

The Red Raider defense, while nowhere near an elite unit, aren’t comprised of the pushovers we are used to seeing. According to ESPN, they rank around 47th in overall defensive efficiency. While I don’t think any defense can truly contain Kyler Murray and co., this is certainly something to watch for.

Who to Watch For:

For a freshman, Alan Bowman has sure been through a lot this season. In his first game against Ole Miss, the true freshman had to come on after starting quarterback McLane Carter was carted off with an injury. While the Red Raiders did not win that game, Bowman showed himself to be the clear number one option for Tech after two huge wins over dark horse New Year’s Six contender Houston and then undefeated Oklahoma State.

However, things got weird when Bowman suffered a collapsed lung against West Virginia. In the Red Raider’s two games without their freshman phenom, the offensive production took a massive dip. This is a Tech team that doesn’t quite have the elite caliber of offense we’ve come to expect from them and if they have any shot at taking out the Sooners.

Lubbock has a semi-recent history of being a bit of a graveyard for Oklahoma football seasons. While that isn’t necessarily true at the moment as OU currently holds a six game win streak against Tech, from 2005-2011 the Red Raiders actually held a 4-3 record on the Sooners, with three of the wins coming in Lubbock. 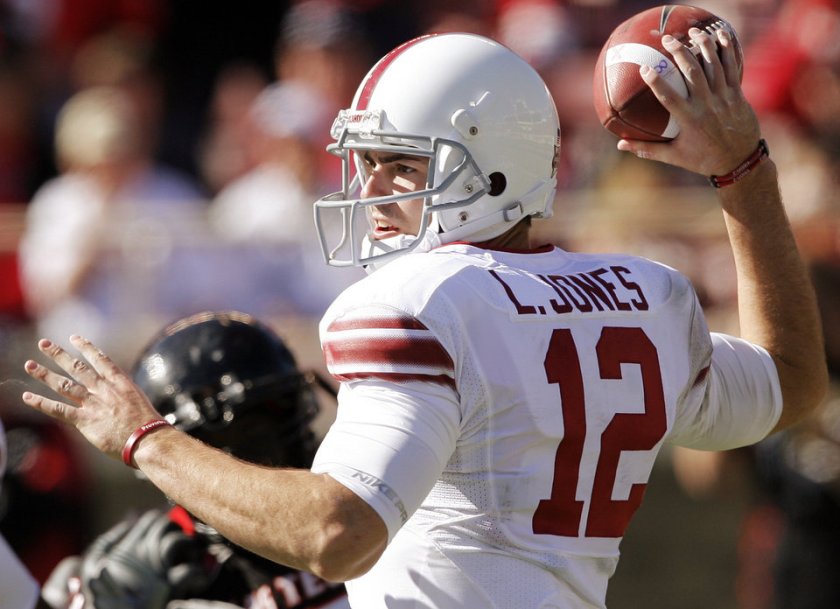 Outside that stretch, Oklahoma has basically been fine in Lubbock. However, as this was the “formative years” so to say of OU football for my generation, it’s hard not to automatically think the place is haunted. Especially after what happened last time.

Yeaaah this is story that will get A TON of play this week. Not only because Saturday marks the first time OU hits the field at Jones AT&T Stadium since shootout, but because Baker Mayfield and Patrick Mahomes are facing off in the pros on Sunday. Either way, this game still gives me a headache.