Alright, has everyone sobered up and caught their breath from this weekend? Cool. Back to the season.

After a wild, wild week in college football that showed shades of 2007, the Sooners are right back in this thing. The goal now is to win each week and avoid trap games.

Of course, here comes the biggest trap of them all, Bill Snyder and Kansas State in Manhattan. While my K-State dark horse Big 12 title run prediction isn’t panning out great, the Wildcats pose a threat to sneak up on flawed team coming off a big win. Oklahoma has a ton of issues; blowing leads and defense to name a few. 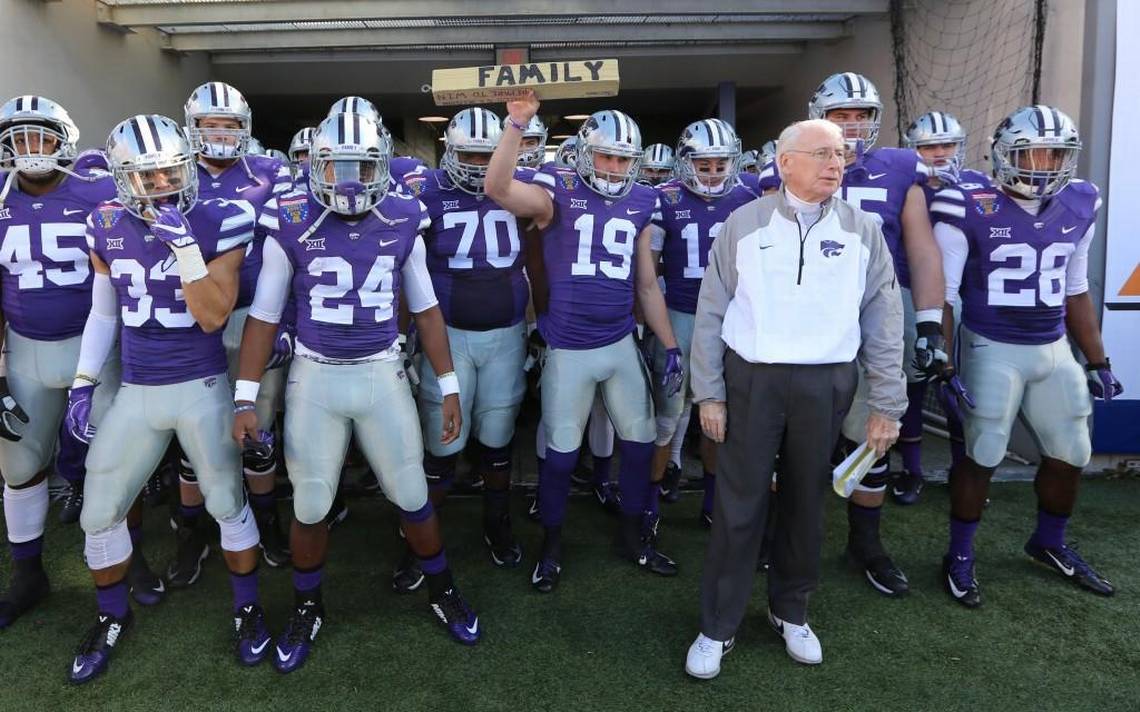 Who are the Wildcats?

I have no idea what to think about these motherfuckers. Kansas State isn’t like most of the Big 12; they run offense like the year is 1940 and have a defense that stronger than most in the conference. Some weeks the offense shows up, the next it’s stuck in the mud. Not only that, the Wildcats don’t have a good win yet. So far they have only beaten teams that have yet to win a game (Charlotte, Baylor) or teams that play on purple and grey field turf (Central Arkansas). They’ve played teams tight in losses, but is this team actually good?

Sometimes, being a good defense just isn’t enough in the Big 12. That was very clear last season for Kansas State.

Baker Mayfield and Dede Westbrook had themselves a field day against the Wildcats, with Mayfield shredding them for 346 yards and four touchdowns, two of which to fellow Heisman finalist Dede Westbrook. Westbrook finished with 184 yards on 9 touches, including a huge 88 yard touchdown highlighting his massive day.

The Oklahoma offense just toyed with the Wildcats for the second straight year, outscoring K-State 93-17 since Oklahoma’s gut-wrenching home loss in 2014.

Bill Snyder Family Memorial Stadium (Or just BSFMS, because damn that’s a mouthful) is set in a different type of environment than i’ve seen so far this season. It isn’t on a river, in an urban setting, the heart of campus or a state fair. It’s in a goddamn field. From what I distantly remember about the 2011 Kansas State 7 on 7 football camp, campus itself is elongated across two miles with the stadium sitting directly to the north.

The stadium itself is a solid mid sized stadium with the base attendance sitting at 55,000. A renovation was completed in 2013, so it’s not a dump by any means. 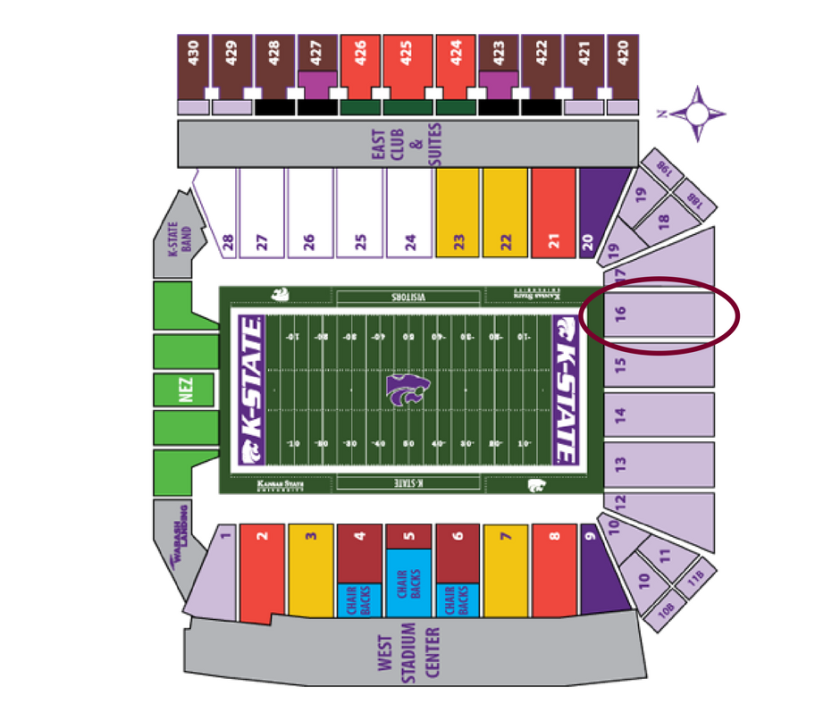 The visiting section is hard to identify. There isn’t anything written anywhere that I could find on the internet, but after looking at some crowd photos it seems to be in section 16. Which honestly really isn’t too bad as far as visiting sections go.

Strong heads up for anyone going into the game; security is tight. Aside from going through metal detectors (that means use a plastic flask), K-State employs the NFL style clear bag policy. However, you can just use a big ass ziplock freezer bag, so it shouldn’t too difficult to deal with if you are prepared, which after reading this, you now are.

Much to my surprise, they actually have Uber in Manhattan, Kansas! That being said, this is one the most park-able stadiums i’ve ever seen. Because BSFMS has an absurd amount of space around it, there are parking spots galore, including $20 general admission parking. This might be the move. 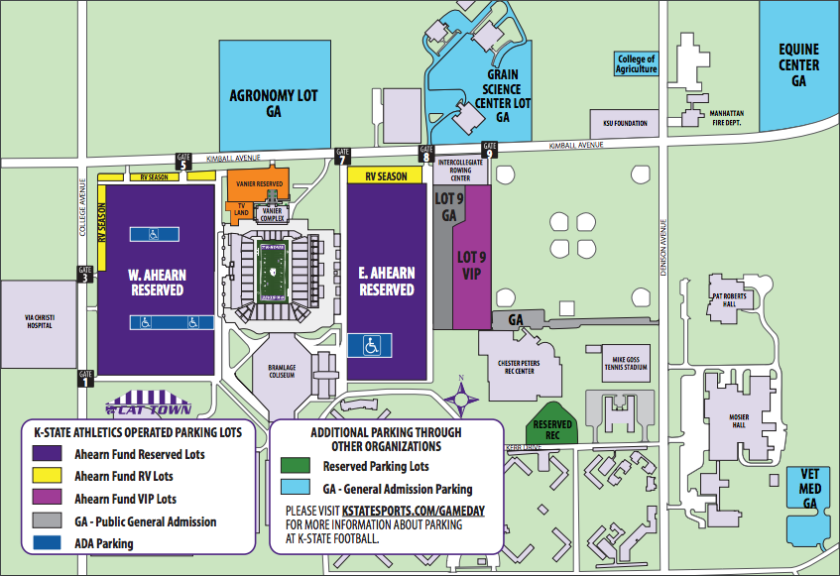 For pregaming purposing on Friday night or Saturday afternoon, hit up Aggieville, the popular bar and shopping district near campus. Tallgrass Brewing is headquartered in Manhattan and has some pretty good offerings, if you are into the brewery scene. Considering the amount of parking space, classic tailgating also might not be a bad option. Either way, there is plenty going on in Manhattan on gameday.

Contributor at Boomtown Hoops, founder at The Schooner Blog. Still mad about Game 2 of the 2012 NBA Finals, 2016 Final Four, and the 2018 Rose Bowl. View all posts by Bobby Howard